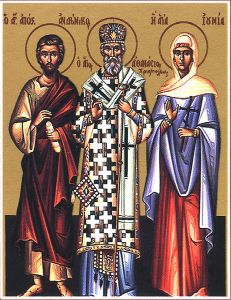 I grew up as a bit of an outsider – heck, I was a Doctor Who fan before Doctor Who got cool – and I guess I embraced that. Geekdom is my subculture and, as my wife will tell you, it took a lot to coax me out from behind my keyboard. There’s a part of me that likes being the outsider looking in, an alien and stranger in a crazy world. I’ve mostly grown out of that now, but in that awkward stage of adolescence, when I was sub-consciously trying to form a personality… Well, sometimes it’s easier to be a bit weird.

And then geekdom went mainstream. I’m still not sure how I feel about that.

Thing is, being an outsider, an outlier, being “aliens and strangers”, is something of a biblical theme. The book of Exodus, in chapter 23, tells Israel not to mistreat foreigners who enter the land because “you yourselves know how it feels to be aliens, because you were aliens in Egypt”. Taking a different slant, 1 Peter talks about Christians being aliens in a hostile world, where they stand out because of their holiness. The people of God aren’t supposed to fit in – they should be set apart by their actions, and their outsider nature is fuelled by being on the wrong side of the world’s power structures. Heck, the whole of the New Testament is informed by the clash between the Kingdom of God and the empires of the world.

Problem is, the western church often isn’t an outsider. See, for all I talk about being a geek, I’m still a white western male with a decent income. As someone recently said, this is the easiest setting on the video game of life, and the church is often in the same boat. It’s kind of difficult to complain about being oppressed by a “liberal media” when you’ve got the freedom and resources to build a church the size of a small town.

Aliens and strangers? Hmm. Too often the church in the west is the voice of privilege. Look at how quick some sections of Christendom mobilise to quash ‘outlying’ voices – female voices (what, roughly 50% of the population?) or LGBT voices (10%?). The writer Rachel Held Evans has received a ridiculous amount of flack for her book suggesting some ‘biblical’ views of womanhood aren’t quite as straightforward as some would like to make out. Instead of standing with the marginalised and the ignored, Christendom can actively contribute towards the oppression. Too many of us have forgotten what it’s like to be aliens and strangers. We got comfortable. We got mainstream.

And this has been going on too long. In Romans 16:7, Paul makes reference to a woman called Junia who seems to be an apostle. It’s a casual reference, tucked away in a list of greetings, but the controversy it’s caused… Some have tried to change the gender of her name to deny her sex, others have tried to change the context of the passage to deny her status, and while scholarly consensus is that yes, Junia was a woman, and yes, she was one of the few to be called an apostle, her story is still emblematic of how some sections of the church are prepared to marginalise rather than wrestle with the bits of the Bible that don’t fit their pre-conceived notions (for a good overview of the controversy, check out Scot McKnight’s Junia Is Not Alone.

(Junia isn’t the only one to receive this treatment – look at how Mary of Nazareth and Mary Magdelene represent two stereotypes of womanhood, perpetual virgin and sinful prostitute, maiden and whore, when neither fits the biblical text.)

There are marginalised voices in our churches. There are people who are left on the fringes of what should be a glorious, loving community. This shouldn’t be the case, but somewhere along the line, we forgot what God always sought to remind his people – you were also outsiders.

We need to rediscover the margins, and listen to the songs of all God’s people.