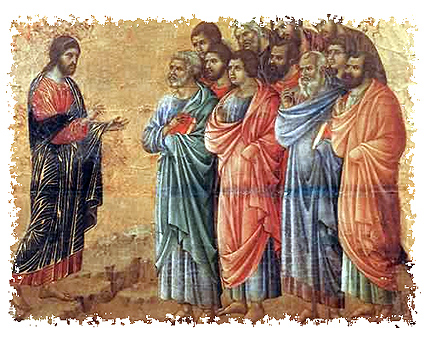 The early church is often idealised. It’s a golden age – everyone was a great saint and martyr, everyone shared their lives and their resources, everything was awesome and we need to get back there ASAP.

Passages like Acts 6 show that the reality was far more prosaic – those early Christians were figuring things out as they went and sometimes things went wrong.

For instance, here we have a pastoral breakdown. The church was supporting the widows within its community, but somehow, be it an oversight, a breakdown in communication or unspoken prejudice, the Aramaic speaking widows were being looked after while the Greek speakers were being forgotten.

The apostles need to sort this out, and so they appoint seven deacons to manage the situation – this is where Stephen and Philip arrive in the narrative. And while we can see this as simply being a solution to an administrative need, there’s a deeper wisdom on display here.

See, we’re given the names of the seven deacons in Acts 6:5, and the key thing to notice is that all seven names are Greek. There’s an issue where Greek-speaking widows are being neglected? Okay, the Greek-speaking community needs to lead the church’s response as thet’re the ones on the front line.

It’s a simple, obvious solution, but all too often we neglect its wisdom. Racism is discussed on panels consisting entirely of white commentators. Events are held to talk about gender equality and every speaker is a man. The apostles were wise enough to hand things over and let the deacons have their voice.

Too often the voice of privilege is dominant, so much so that it’s taken for granted as the default setting by everyone except, say, the Aramaic Christians – the people on the receiving end of society’s mistakes, oversights and prejudice. And so the questions of how to deal with racism or sexism in the church are asked, but the wrong voices are trying to answer them and so those answers are unsatisfying.

In short, sometimes the best thing to do is pass the mic to a little-heard voice and then shut up and get out of the way. We need to do a lot more listening than shouting nowadays; that’s the only way unspoken stories will be heard and healing between our communities can begin. And if you have a platform – a blog or a podcast or a pulpit – offer that to someone who needs space to speak. Maybe, in the diversity of our stories and our voices, communities can be transformed and the scars of the centuries slowly begin to heal.

(If anyone out there wants to use this space to tell their story, please let me know.)

I’ve got no idea what it’s like to lose everything.

I can’t even begin to imagine what it’s like to be on the run from oppression, or to see my friends and neighbours beheaded or incinerated, to hand over hard-won money to me who sell hope in the faeces-stained corner of a cargo container.

I can’t imagine any of this, as I’m a white man in the western world. I have a job and a house and no-one’s trying to butcher my wife and kids. If I head to Calais I’ll be described as a tourist or a holiday maker, and my Vauxhall Astra won’t be part of a ‘horde’ or an ‘invasion’, my humanity won’t be subsumed into a ‘swarm’, one locust among thousands devouring all in the resources in our path.

The Daily Mail has published a cartoon, an image of endless queues outside the Pearly Gates, among them National Treasure Cilla Black, who passe away over the weekend. An angel is policing the line, riot helmet on head, truncheon in hand. “Sorry about the long queue, Cilla,” he apologises, “There are thousands of illegals trying to get in…”

I know, I know. The cartoon is clickbait, and anyway, looking for theological depth in a cartoon designed to provoke outrage and demonise immigrants and fire up the darker impulses of the Great British Public is never a good idea.  And yet ignoring it seems complicity somehow, makes me a party to its bigotry and cynicism and blasphemy.

I was going to talk about Matthew 21:31, in which Jesus parables the Chief Priests into submission, declaring that “The tax collectors and the prostitutes are entering the Kingdom of God ahead of you.” But while that seems relevant somehow, it still feels like an inappropriate value judgement in this case – do I really want to cast people fleeing Syria or Iraq as ‘sinners’?

So then my thoughts turn to Matthew 25, to the Sheep and the Goats, to “Whatever you did to the least of these you did to me.” And that’s it, isn’t it? In some spiritual, cosmic way, that person fleeing with nothing but the clothes they stand up in is Jesus. That refugee lying in his own filth is Jesus. That woman drowning as she tries to make it across the Channel on a punctured lilo? Jesus.

I’m not saying we should treat ‘illegals’ with dignity because in some incarnational way they can be associated with Jesus; rather, we need to ask why, in the Parable of the Sheep and Goats, Jesus chooses to align himself with the poor and broken and oppressed. The answer is so simple it’s cliche – it’s love and compassion and grace. It’s because those people storming the gates at Calais are made in the image of God. That’s why the cartoon in the Mail is so vicious – it dehumanises individual children of God and uses the imagery of heaven to justify it: “Look, even God shares our prejudices!”

And that’s a blasphemy and it’s dangerous and it’s about as far from Christ-like as it’s possible to get.

And now Songs of Praise is going to broadcast from Calais, sparking predictable outrage…